Torq In Your Sleep 12:12 &The Endurance Series final round

It feels like its been a relatively long season, but it seems to come from all my races being in blocks of 2 weeks, Bontrager 24:12 then 2 weeks later Brighton Big Dog, then 2 weeks later Torq in Your Sleep. I had originally planned to race the 6 hour option, but after my result at Brighton Big Dog( I was 7th overall in the Endurance Series) I thought I had a good shot at a podium finish, so I switched to the 12hour option. Unfortunatley my chief pitman (my dad) was away, luckily I managed to find some kind biking friends who stepped up to throw bottles and encouragement at me! thanks Team Cycleworks. 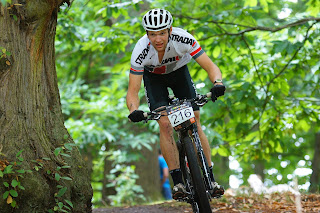 After arriving the mornning of the race I did a full practice lap, the course was ok, but I felt it got rougher as time went on. I started near the front but didn't get an especially good start, getting caught up with riders through the vast amounts of singletrack, but as laps ticked along I got into a good rythm and felt ok. towards the 5 hour point I felt a little weary, thinking previous races were catching up with me, but I knew I was in 4th place and I couldn't drop out knowing I would score enough points to finish on the Endurance Series Podium, so I had two cans of coke and a caffeine gel and ploughed on! 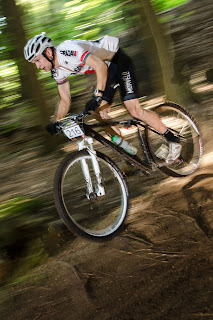 The last few hours went well, but I was suffering from the bumpy course and knew another lap near 12 o'clock was a possibility, I conciously began to slow up, knowing I had a big enough buffer to 4th and wouldn't catch 3rd. Crossing the finish line at 11:59:50pm I wouldn't need anoter lap, and i'd secured 4th place, but I was only 7minutes down on 3rd, BUGGER!!

A great result overall in the end! The Endurance Series had not been a season aim, but it was a great bonus and its only my first season racing with gears.

My main season is over now, I have a few races lined up but i'm reducing my training hours to try and fit in being sociable…..
Thanks again to my sponsors for the support this year and Francesca Bennett for her coaching expertise.

Email ThisBlogThis!Share to TwitterShare to FacebookShare to Pinterest
Labels: the endurance series, torq