My first 12hour of the season was six months ago: Exposure 12. Six months later and I'm lining up at the start for my fourth. Dusk 'til Dawn is the biggest night time 12hour in the country and starts at 8pm. It was my second attempt; I’d tried it in 2010 but biblical rain and a lack of experience saw me drop out after six hours.
Although there had been heavy rain over the 24hours previously, the course was fairly dry, running fast and was much flatter than I’d raced before. This meant lots of pedalling and very few proper hills, which are usually my strong point. Luckily I had chosen to use gears again, which meant I had more speed on the flat, and because I was borrowing a pair of Strada Carbon 29er wheels, which were super light and stiff, my bike was almost normal compared the one I usually race with! 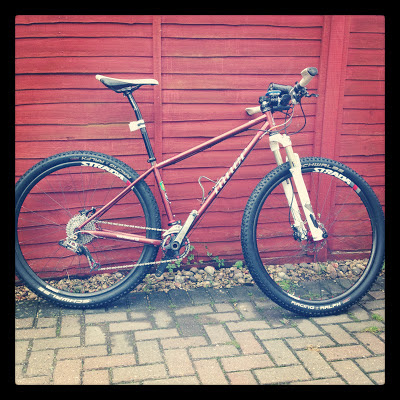 I had a mellow start, but made good progress through the masses on the start loop. I was conscious that I needed to clear the traffic before the singletrack started, but was also remembering just how long a 12hour race is! I quickly got into a good rhythm, spinning a low gear on the gradual slopes and over taking riders in easy places.
For the first few hours I was keeping an eye out for other solo riders’ glow sticks, giving away their positions, and noting how hard they were trying!  I’d overtake a few before the singletrack, then they'd power past me on the flats; I figured they wouldn't keep that pace for long and let them pass.
As time wore on my ability to keep warm in 5 degree average temperatures was difficult. I don't like to over heat but I was struggling to feel my feet. Nevertheless I was in third and feeling good, enjoying the course without feeling tired, and having quit caffeine two weeks prior to the race, the caffeine gels were giving me a nice lift every few hours.
Everything was going to plan, I felt comfortable and knew the darkness would only last so long... After nine hours my main light ran out of power, quicker than I'd expected due to the cold, but luckily I had a spare and only had half a lap with just a head torch.
Soon enough it was getting light. With over 100 miles in my legs they were still turning and I was in second place!! On my next pit stop Dad told me I was only 10minutes down on second. Loading up on gels I set off to do my final two laps. The penultimate lap went well, but halfway through my last lap I could feel a big bonk brewing! I checked the time, it was a fast lap and I could get back before 8am and do another lap if I held it together. (Un)luckily I rolled in at 8:01am, missing the extra lap, but it didn't matter. I hadn't caught first, but I’d secured second and my best overall result to-date!
Big thanks to my Dad, it was such a cold night but he never once complained. Thanks again to Strada for the loaned wheels and TF Tuned, Mulebar, Rob Lee and The Bicycle Academy for all their support this year! Now, time for a week or so off riding, a stag do and then to decide what I’m doing next year. 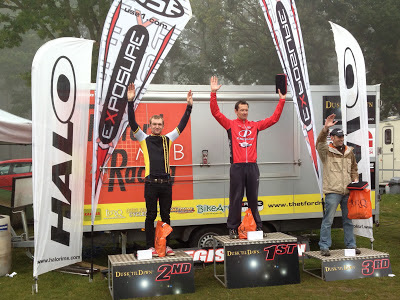