Some time ago I was invited to a training weekend in the Brecons, Wales, by the Live2Ride road race team. I remember last March well, I did an XC race and it snowed!! Luckily it was the complete opposite this year.
Getting there on the saturday night, it was difficult to make out how good the road riding would be.

Sunday was a perfect sunny day, the main climb of the day was the Gospel Pass, a picturesque climb, gaining 1500feet in 5miles, perfect! I love a grind! Making an early effort I left the roadies behind, but they were never too far away, 6/452 on Strava, i'll take that. Unfortunatley the descent wasn't quite as much fun. We stopped for a quick drink, as apparentley two bottles is only enough for 60miles. We made our way back to the Beacons where the group split, deciding to make the most of the day we strung a century out along a brilliant valley, until we had to turn around, I won't mention the puncture 0.8miles off 100! always take a pump kids!
The second and third days took in the Black mountain climbs in both directions, another great long grind, 25/1997 going north and 17/425 going south, maybe Non-compact cranks aren't too tough! I never realised there were so many great climbs in Wales. We finished the trip with a ride out of Crickhowell, taking in the Llangynidr Mountain, 1,300feet in 4 miles, and the Tumble, 1,260feet in 3miles. A great few days riding, 306miles and 29,000feet of climbing, Wales can compete with the Canaries! in the sun. 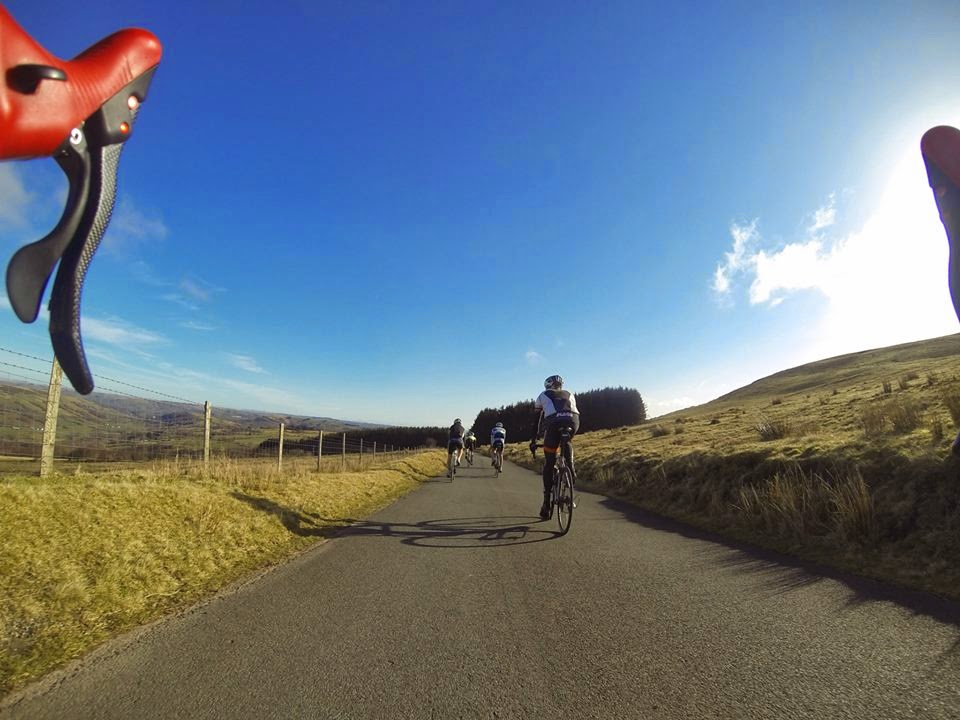 A few days of easy spins later and it was off to Wasing for the first round of the Southern XC series, I raced there last year, it isn't a favourite venue of mine due to the lack of long climbs, but it was a lovely sunny day, which made up for it. I was racing in expert category again. I got off to a good start, but struggled to find a way through the group, getting held up initially. I had a few good laps, getting caught by a few masters racers was dissapointing, but I managed to get a 10th, which i'll take, few places up on last year. It was a good end to a long week of riding, getting on for 20hours! 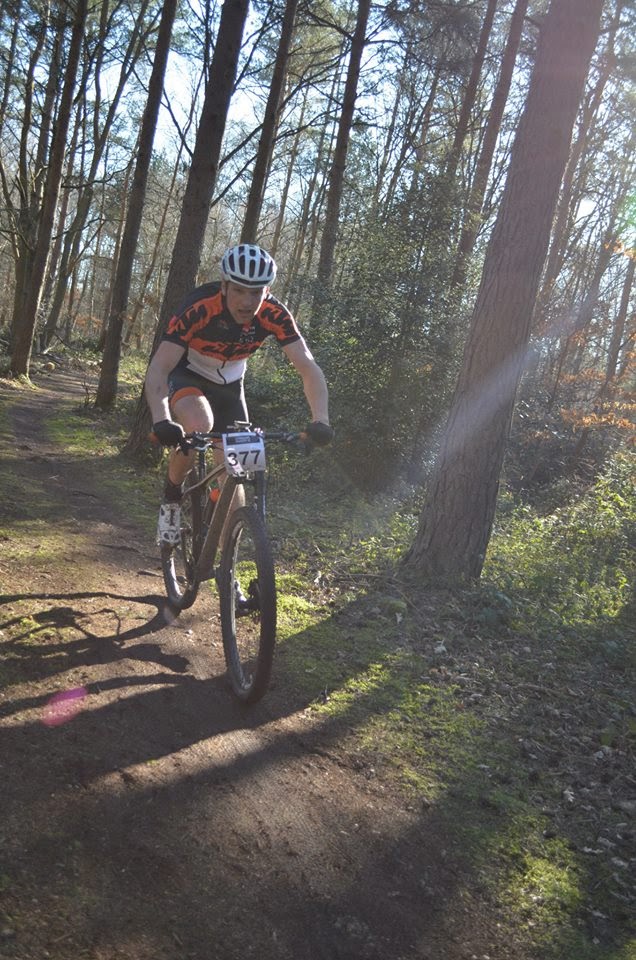